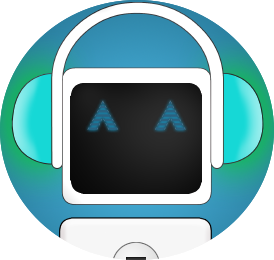 The Tunebot project is an online Query By Humming system. As of Sept 25, 2014 Tunebot has had 296,472 site visitors. Users sing a song to Tunebot and it returns a ranked list of song candidates available on Apple’s iTunes website. The database that Tunebot compares to sung queries is crowdsourced from users as well. Users contribute new songs to Tunebot by singing them on the Tunebot website. The more songs people contribute, the better Tunebot works. Tunebot is no longer online but the dataset lives on.

What is the Tunebot Dataset?

The dataset is a collection of 10,000 sung contributions to the Tunebot search engine. Each contribution is a recording of a contributor singing a song to Tunebot. In addition to the 10,000 contributions, there is an associated Google spreadsheet to look up the artist, album, and song for any file. There are four columns in the spreadsheet:

What is the Tunebot Dataset good for?

Historically, query by humming researchers, in particular, have built and tested their algorithms using much smaller sets of sung examples (on the order of 1000 examples) that were not generated in the context of an actual working search engine available on the web. The Tunebot Dataset provides 10,000 real-world sung examples from contributors to an online and working music search engine. Testing a system on this data should give a much more accurate indication of real-world performance than has been possible with existing datasets.

How can I get the Tunebot Dataset?

Get access to the Tunebot data by giving us your email and a short description of how you’d like to use the data here.